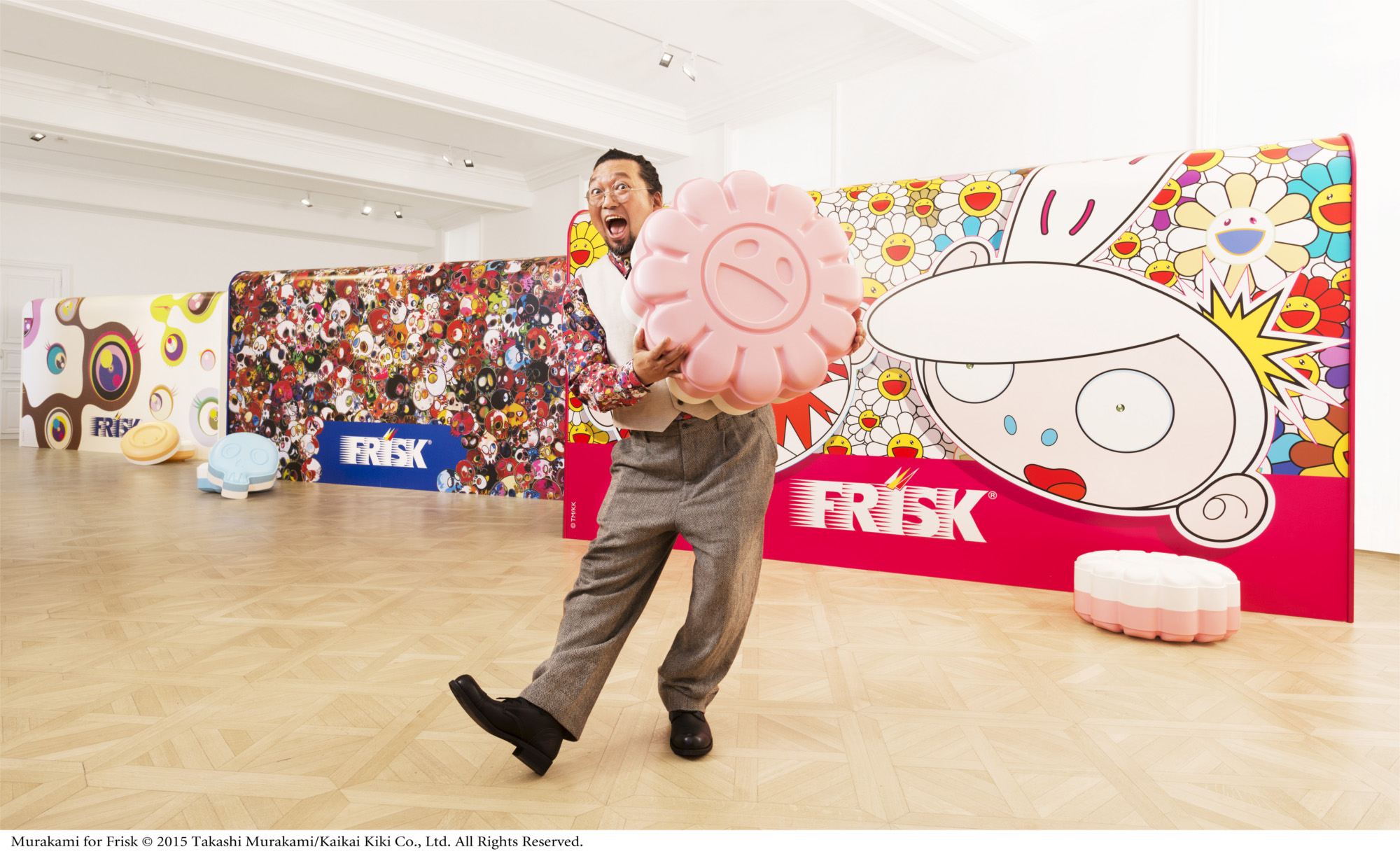 Murakami is back as a new candy! Murakami again meddles in the peddle of confectionary with a 30th anniversary collaboration with Frisk! Murakami is no stranger to the candy business. He started in 2003 with the Superflat Museum team-up with Takara/Kaiyodo introducing his art miniatures with gum. More recently, he promoted his Jellyfish film with an e-ma gum collaboration in 2013.  Now he returns to celebrate the anniversary of the Belgian Frisk in his latest edible creation. Watch him get Frisky here!! Frisk introduced its new Neo series in Japan on March 16th starting with the sale of the Murakami limited edition versions. (Of course the French release was a week earlier.)  The Japan limited edition Murakami Frisk has cute packages represented by his company’s namesake Kaikai and Kiki along with his Skulls that have featured prominently in his work over the last five years or so. Not only the containers but the candy itself has special shapes with skulls and the ubiquitous Murakami flower in a pink spring cherry blossom color. Of course Frisk has produced special flavors as well, Frightening Mint for the skulls and Blooming Cherry for the flowers. The colors of the blooming cherry aluminum can pop and display two moods of Kaikai and Kiki. The flower-shaped pieces also pop with the flavor of cherry! Murakami’s cute/creepy skull motif adorns the other Japanese Frisk design. With a Day of the Dead-like spirit Murakami’s work emotes a positive energy used for this traditional symbol. The powerful minty flavor of these pieces indeed seems quite frightening! The Japanese Murakami Frisks will sell in limited quantities for a limited period of time in Japanese convenience stores including Lawsons, Daily Store and Seven-Eleven. If you don’t have time to make it to Japan to pick a couple up, purchase the European version at Colette (selling out rapidly) or the Japanese version in the Sugimoto68 store!